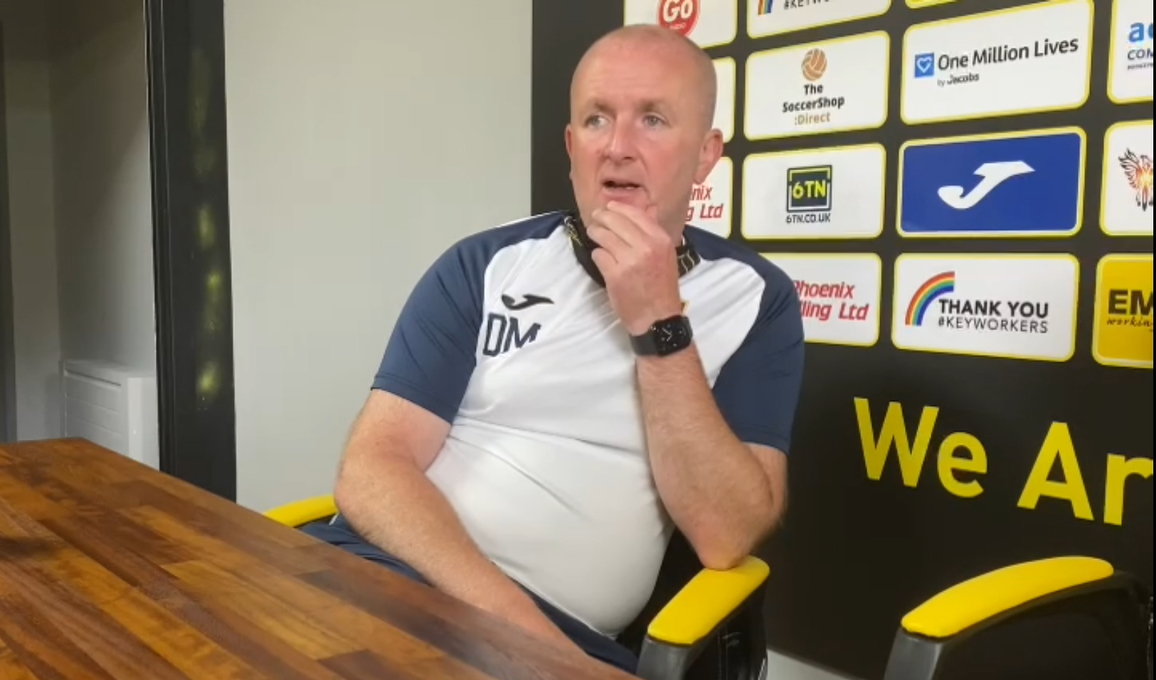 YFS’ reporter, Matthew Muir sat down with David Martindale, manager of Livingston FC to talk about his junior career, what advice he has for young players, his journey to becoming manager of the Scottish Premiership club and thoughts ahead of the new season.

Martindale has always had an interest and a love for football from a young age, from watching his father coach the juveniles to turning up for his own team on a Saturday.

He said, “I’ve been interested in football since I could walk and kick a ball with my feet, to be honest. It [football] has very much been my first love. I remember my father used to be involved in coaching at juvenile level, and I would go along and watch them train. Football has always been part of the family and very much in my blood.”

The Livingston boss was also involved in the Rangers local soccer schools as a young teenager, Davie continued by giving some details about his experience,

“People would go out with Glasgow to find the best players from those areas, and find those that had the potential to do well.”

“You would go to Deans Academy High School one day a week, and then over to Glasgow for the other day”, he explained.

Martindale played regularly for the Gers’ juvenile side, until a leg break ended his football career at the age of 15-16.

However, Martindale did reignite his football career at junior level, starting off with Pumperherston before moving on to Whitburn and then Broxburn Athletic.

On his time spent within the junior system, he said, “It was a really good experience, playing in the Super League with Whitburn and Broxburn and in the lower leagues with Pumperherston.” Prior to moving to Livingston, he also spent time in the Super League as assistant of Broxburn.

Martindale became manager of the West Lothian club last November after the resignation of Gary Holt that same month. However, Davie touched upon the beginning of what became, a long standing association with the club.

“My friend worked within the charity at the club, the West Lothian Youth Foundation (WLYF), and was looking for local people to come in and help out”.

Davie then went on to mention about the meeting he later had with the club, who then put him in touch with John McGlynn [currently at Raith Rovers] and Mark Burchill, who were manager and assistant manager at the time.

Martindale then spoke about how he was already acquainted with Mark [Burchill], having both grown up in the same town and how that impacted his journey throughout the club.

“Me and Mark both knew of each other, not personally but through having both grown up in Livingston. John [McGlynn] was open to have me join training on a Tuesday and Thursday, and it sort of just evolved from there.”

He also took time to show the gratitude he has to both McGlynn and Burchill, saying, “If it wasn’t for both of them, I probably wouldn’t be sitting here today.”

Martindale then became assistant manager under Burchill, when he replaced McGlynn and again during both David Hopkin and Gary Holt’s tenures, before becoming manager, when Holt resigned last November.

On what it was like replacing Gary [Holt], who had led the club to fifth place, and a spot in the top-six for the first time since the 2001-02 season, Martindale didn’t seem fazed.

“There wasn’t much difference to be perfectly honest with you, I was very hands-on when I was assistant manager, as I have been all through my coaching.

The only real change with stepping up would’ve been the media duties. I never got too involved with the media, and was very happy working away in the background”.

Martindale has had a very successful start to his managerial career, achieving another top-six finish, runners-up in the Scottish League Cup final and an unbeaten run stretching 14 games.

On what was the key to those achievements last season, he said, “The players. If the players don’t believe in you and the strategies that you are trying to implement into the club, you aren’t going to go anywhere.

The players and the backroom staff have got to take massive credit, I am just a small part of that. If it wasn’t for the staff and players, we wouldn’t have had that success.

It is very simple, if the players don’t believe in me, then they don’t have a place at Livingston Football Club.”

The club have been busy on the recruitment front this summer, with seven new arrivals in the squad ahead of the new season.

Two of which have been from the south of the border, with 20-year-old Daniel Barden arriving from Norwich City and 21 year-old Adam Lewis joining from Liverpool.

On his two young summer recruits, Martindale said, “They are brilliant, they both bring something different and are of similar ages.” On what attracted him to sign both players, Davie added, “Well, it was their footballing qualities, I had scout reports on them both and spoke to people at both clubs.

Martindale also noted the importance of the desire and determination to play first-team football helped him decide on signing both Adam [Lewis] and Daniel [Barden].

“They, Adam and Daniel are both of a good age and they want to come in to learn and impose themselves at Livingston Football Club.

They have a hunger and appetite, and that takes you a long way in football, having that desire and both players have got that”.

Looking ahead to the new season, where Livingston open their League Cup Group with an away tie against Highland League side Brechin City, and the Premiership at Ibrox against newly-crowned champions Rangers, Davie talked about goals that have been set to the squad ahead of the new campaign, and is under no illusion about the task that faces him.

He explained, “We try not too, but we do set them and try to keep them within these four walls, but the main goal is to stay in the Premier League, and we have to set that.

We have the smallest budget in this league by a ‘country mile’, now that Hamilton are out of the league, and it will be difficult, but we will see where it takes us.”

Martindale concluded by saying what message he would send to youth players who would like to make the step up to professional level.

“I think it’s a life choice. You have to give everything to football, obviously, family is important but football isn’t just something you can pick up and think that if you go on a diet for three weeks, it is going to make you a better footballer.

How you look after yourself away from the club is huge, but when your’e at the club it is an opportunity everyday to work and make yourself better.”

Davie continued by hammering home the importance and seriousness of committing to football, saying, “I have seen in previous years the talent that players in lower league football have, but unfortunately it is off the field, with their hydration and nutrition where they’ve let themselves down.

For me, to be a professional football player, you have to show unbelievable desire and discipline on and off the park.”