Written by  YFS Editor 1
The postponements and cancellations of many games as well as an extended period of lockdown had many concerned what may face many of our favourite teams - those concerns were brought to light following what many may feel is a disappointing end to the season, although probably bittersweet for some at the same time - Celtic have been crowned champions of the SPFL for the ninth season in a row after being thirteen points clear with thirty matches played - there has also been additional drama within the SPFL as Hearts are now eyeing legal action following their relegation as the club believes they were still eyeing a recovery if the season were to be played out.
Football fans can find a point of joy however as European football seems to be off to a great start following the delays and concerns around whether or not it was safe to do so - Germany got things started as the Bundesliga has had a couple of weeks head start, a number of players for some teams would test positive for the virus but it didn’t disrupt plans for the league to get underway again as up to eighteen games have been scheduled per week until the season is played through to completion. La Liga in Spain may be the next to see play as the restart date of June 8thseems to be pretty set in stone with fixtures already scheduled.
The two leagues yet to have any date announced within Serie A in Italy and the Premier League in the UK - UK sport has had the go ahead to get going again in June and it is believed that a restart date could be agreed upon this week with a tentative believed date of June 8thto match Spain, Italy may be a little further behind however as it has already been confirmed that games will be unable to take place until the earliest of June 15thwhich could yet also change. 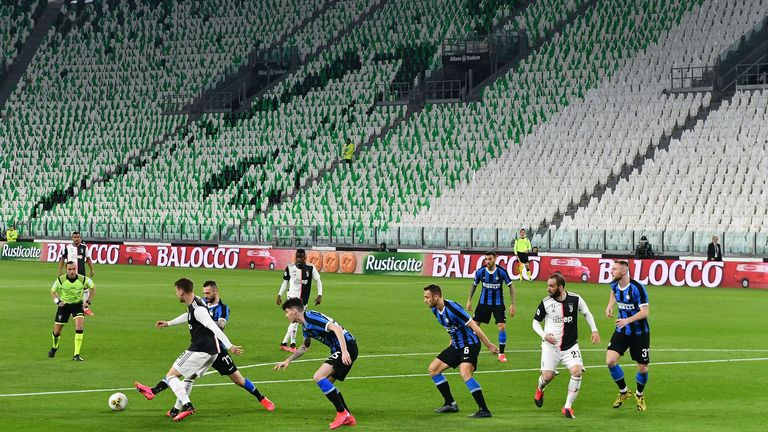 With dates all being so close, however, it does give fans something exciting to look toward - whether you’re just there for the football or you’re looking to a little something else as betting sites and non uk casinos here begin to gear up up for a full schedule, there’s a lot to be excited for. The leagues will all be pushing to have the seasons brought to an end as soon as possible to start preparations for the 20/21 seasons - if the Bundesliga is any indication of what to expect, each league could see anywhere between fifteen and twenty games played per week, which could mean up to seventy games per week across all four major leagues. There are still a number of questions to be answered for second league teams such as the Championship within the UK as some are facing financial risk, but these will look to be addressed in the coming months - for now however, football is back in a big way, and there’s a lot to come.
Tweet
Published in Other News

More in this category: « From parks to the Premier League: Scotland’s greatest exports Guest Report: Player pathways in youth football »
Login to post comments
back to top